Do you enjoy random fun facts? Are you a Realtor or title agent looking to entertain your clients with fascinating nuggets of info related to your chosen profession?

This past year, we started posting fun facts related to the real estate and title industry on our Instagram and Facebook pages and they quickly became one of the most popular types of posts we share on social media. Here is a collection of 20 fan favorites that our audience found particularly interesting. Enjoy!

Around the world, there are many real estate traditions and oddities to see. Here’s a sampling a few intriguing tidbits.. 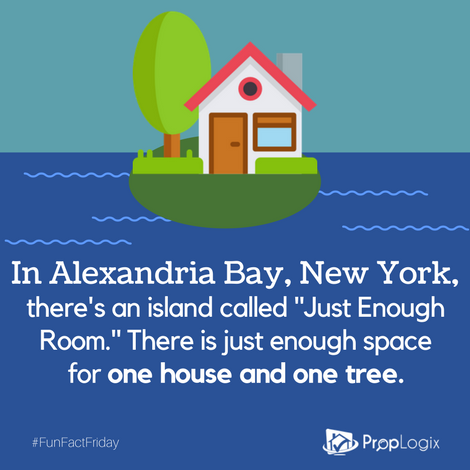 In Alexandria Bay, New York, there’s an island called “Just Enough Room.” There is just enough space for one house and one tree. The Sizeland Family purchased the land in the 1950s to build a secluded holiday getaway. The island itself is around 3,300 square feet, which is barely enough space for the average American house of 2,687 square feet. 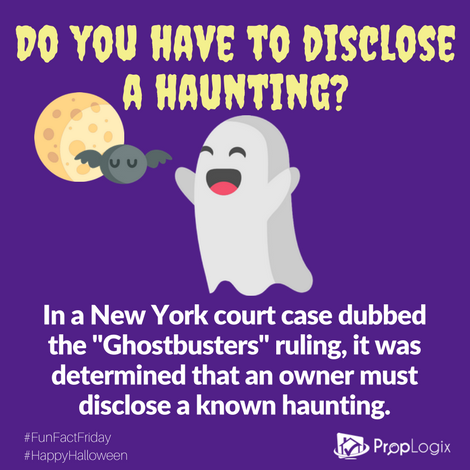 A Seller’s Disclosure commonly has information regarding any structural issues with a home. Disclosure laws vary from one state to the next, California being one of the most stringent, but some states have requirements to list much stranger things. In a New York case dubbed the “Ghostbusters” ruling, it was determined that an owner must disclose a known haunting.

Sellers should be sure to consult a professional and err on the side of caution by listing every known issue. If anything is hidden, it could be a lawsuit that comes back to haunt you instead of Slimer.

A house with old bones 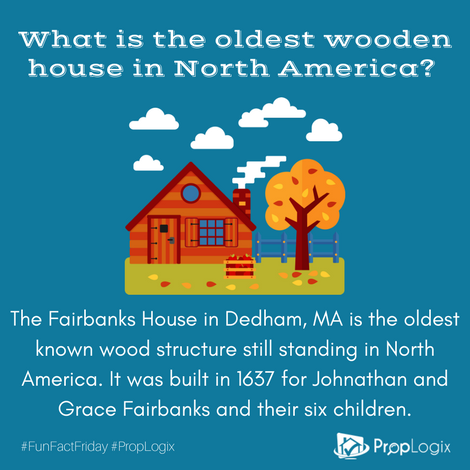 The Fairbanks House in Dedham, MA is the oldest known wood structure still standing in North America. It was built in 1637 for Johnathan and Grace Fairbanks and their six children. 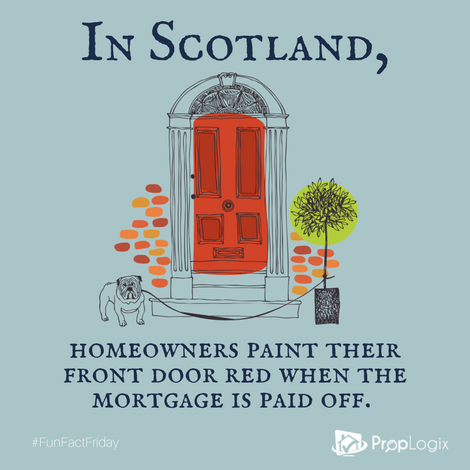 In Scotland, homeowners paint their front door red when the mortgage is paid off. There are lots of positive associations with this vibrant color. In China, red is considered to be a sign of good luck. Many doors are painted red before the Chinese New Year.

Feng Sui, a red door symbolizes the mouth of the home, drawing in positive energy or chi while driving evil forces away. In popular psychology, it’s theorized that the color helps to create a sense of celebration and fill a room with energy. 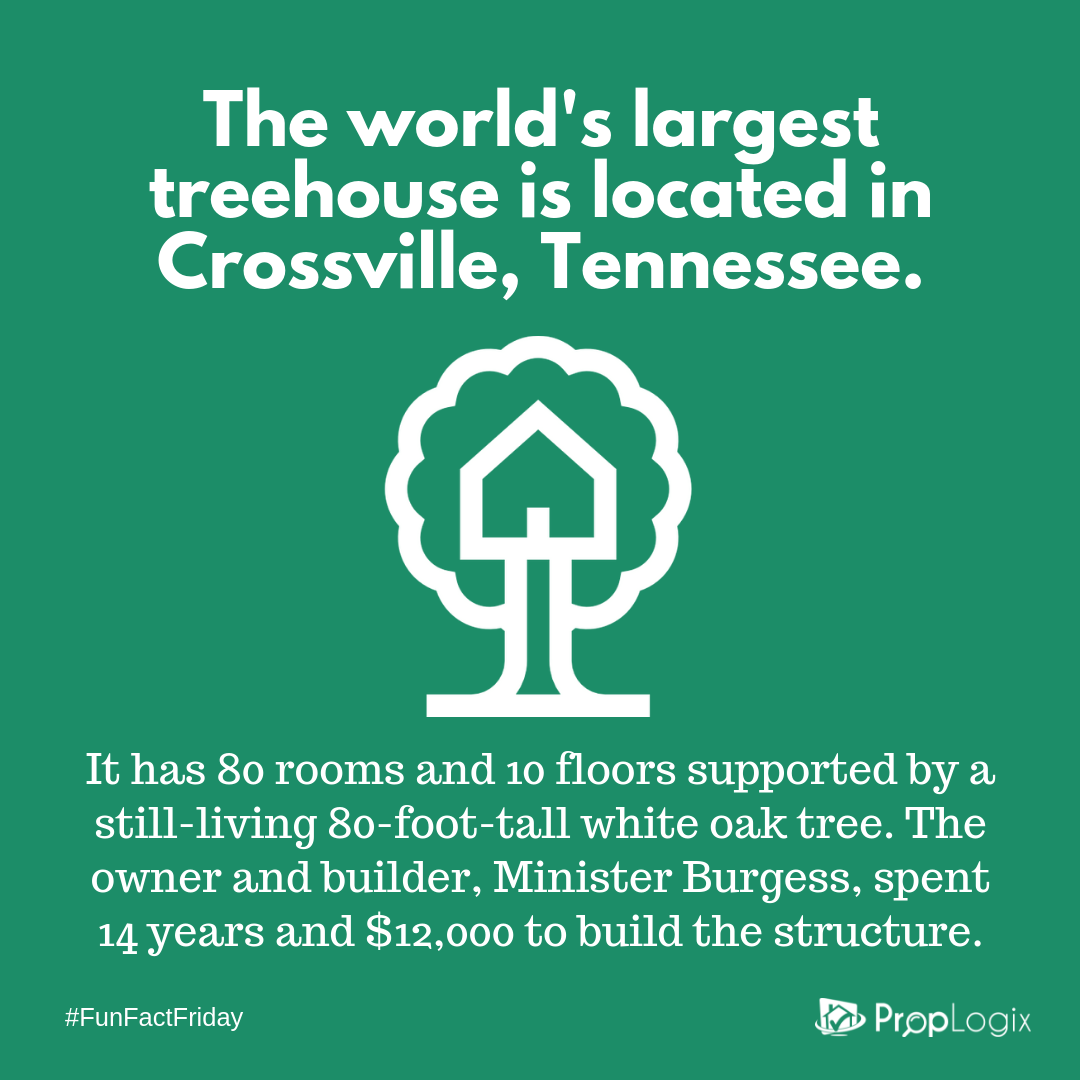 The world’s largest treehouse is located in Crossville, TN. It has 80 rooms and 10 floors supported by a still-living 80-foot-tall white oak tree. The owner and builder, Minister Burgess, spent 14 years and $12,000 to build the structure.

There have been a lot of technological advancements that have enhanced and simplified the real estate industry. Some are directly related to the accuracy of land records while others have been helpful in streamlining the daily operations of real estate professionals. Here are some of our favorite tech fun facts. 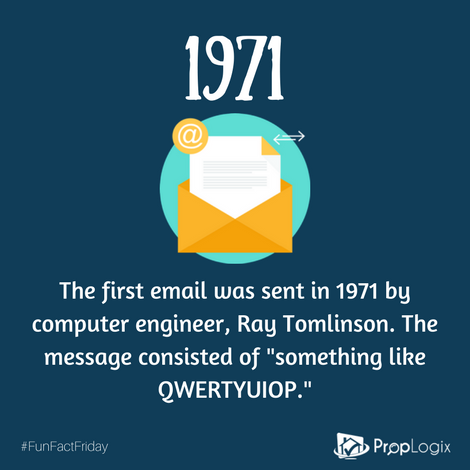 The first email was sent in 1971 by computer engineer, Ray Tomlinson. The message consisted of “something like “QWERTYUIOP.” 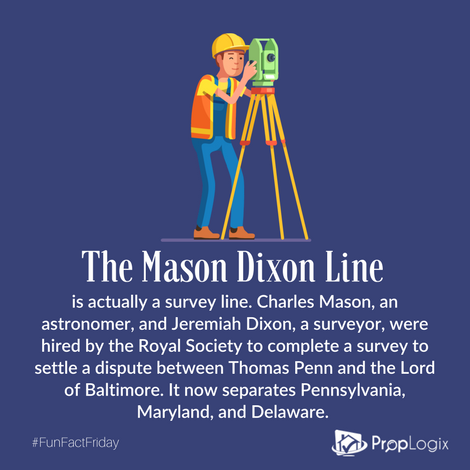 This barrier separating the south and north during the civil war is actually a survey line. Charles Mason, an astronomer, and Jeremiah Dixon, a surveyor, were hired by the Royal Society to complete a survey to settle a dispute between Thomas Penn and the Lord of Baltimore. It now separates Pennsylvania, Maryland, and Delaware. 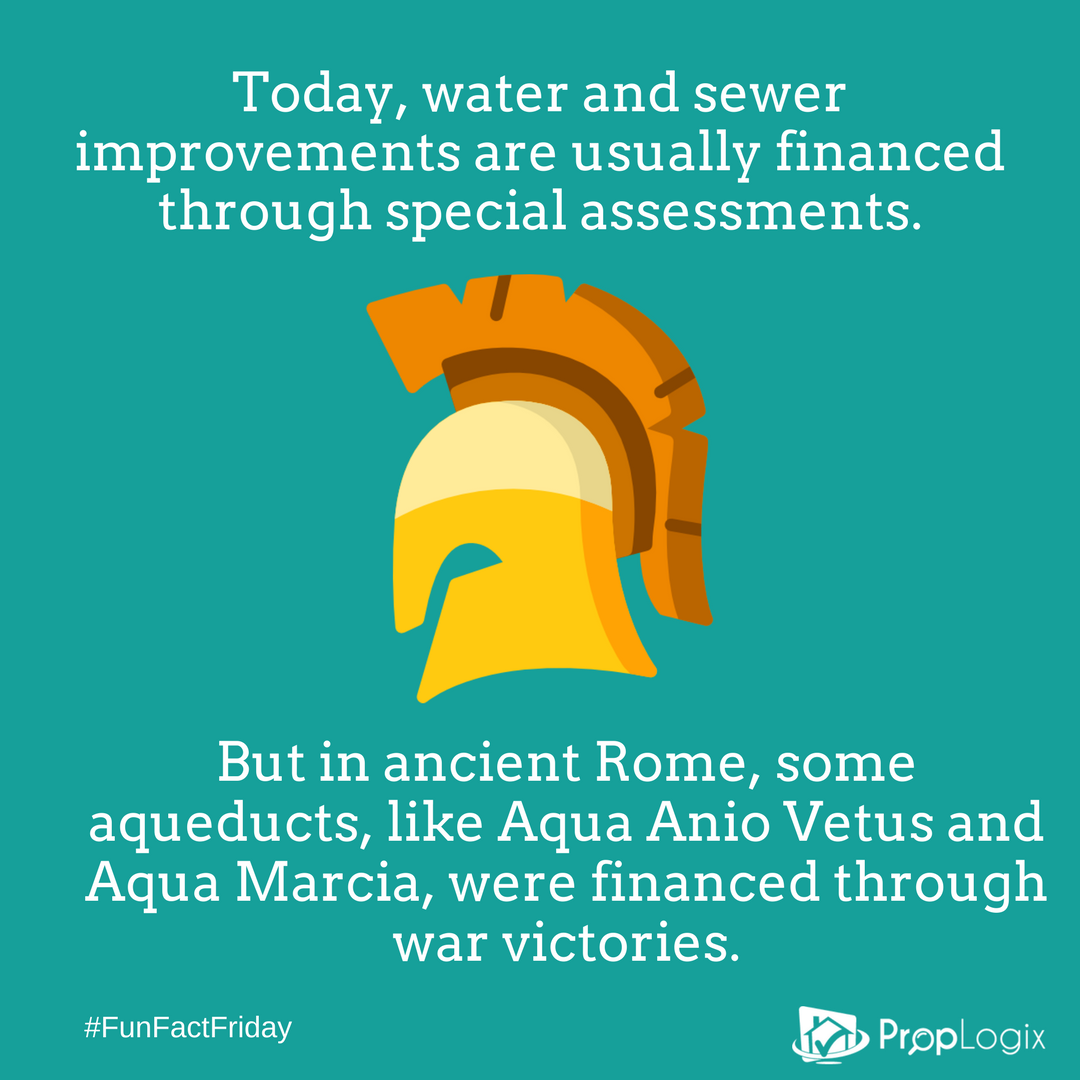 Today, water, sewer, and other community improvements are usually financed through special assessments. But in ancient Rome, some aqueducts, like Aqua Anio Vetus and Aqua Marcia, were financed through war victories.

With some stone, brick, a special volcanic cement called pozzuolana, and the force of gravity, Rome was able to sustain a population of over one million with clean water. Cities and municipalities throughout the Roman Empire emulated the Roman model. Despite the expense, the empire considered these public works to be an object of pride and necessary luxury. 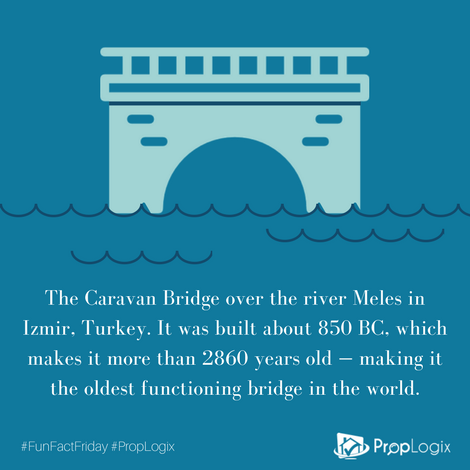 The Caravan Bridge over the river Meles in Izmir, Turkey is the oldest known bridge. It was built about 850 BC., which makes it more than 2860 years old! It’s the oldest functioning bridge in the world.

The housing market is an ever-changing roller coaster ride of ups and downs. Instead of dwelling on the sad numbers like the dip in mortgage applications and refinances, here are some more upbeat facts to share. 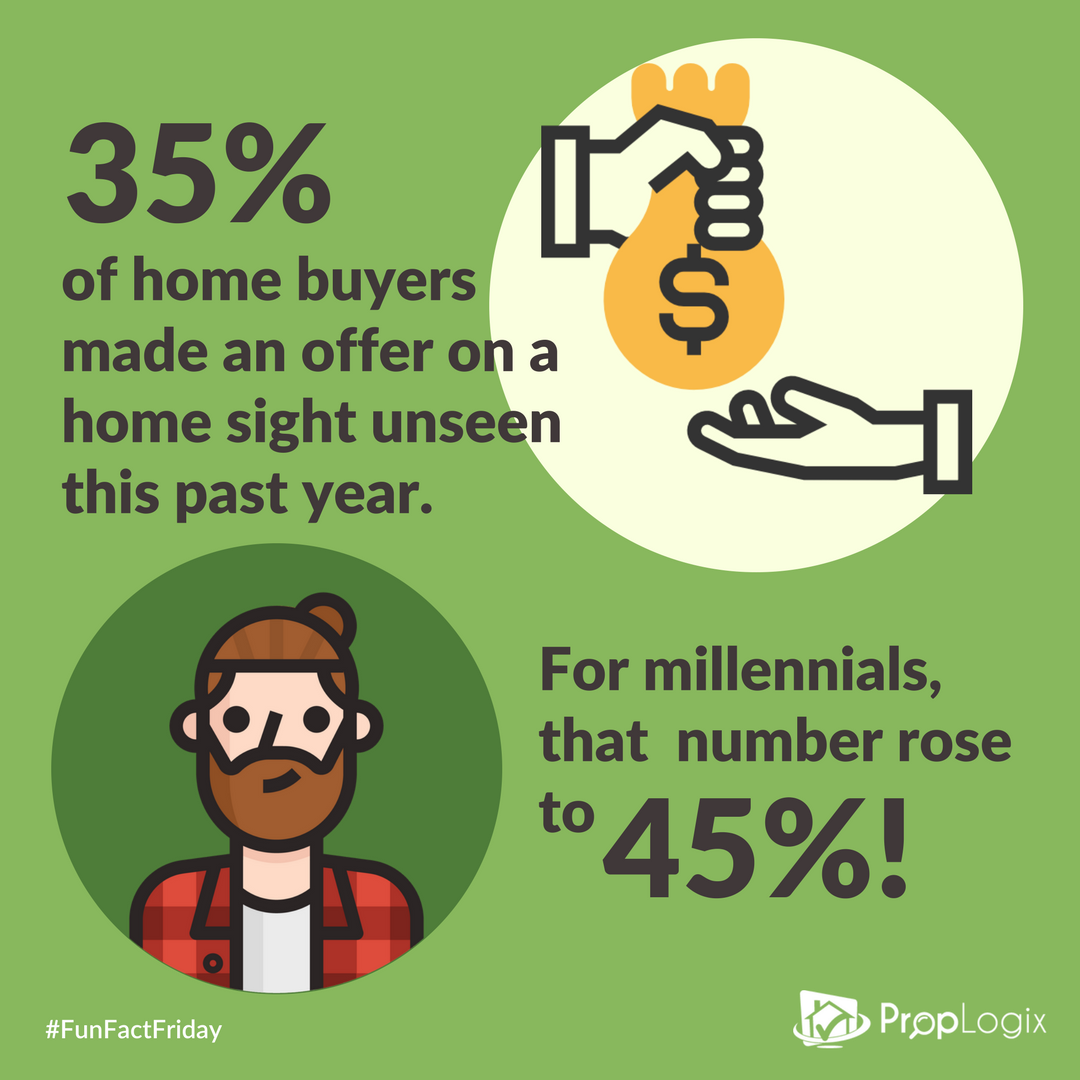 For millennials, it was 45%! The most recent data from Redfin shows that the number dropped to 20% in 2018. The rise in mortgage rates has cooled the competitive housing market over the past few months, so the need to make a quick decision and place an offer before the competition has dwindled in many areas.

What was the most common name among homebuyers in 2017? 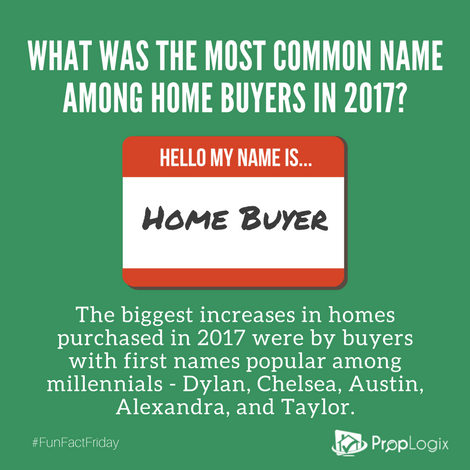 The biggest increases in homes purchased in 2017 were buyers with the first names popular among millennials — Dylan, Chelsea, Austin, Alexandra, and Taylor. 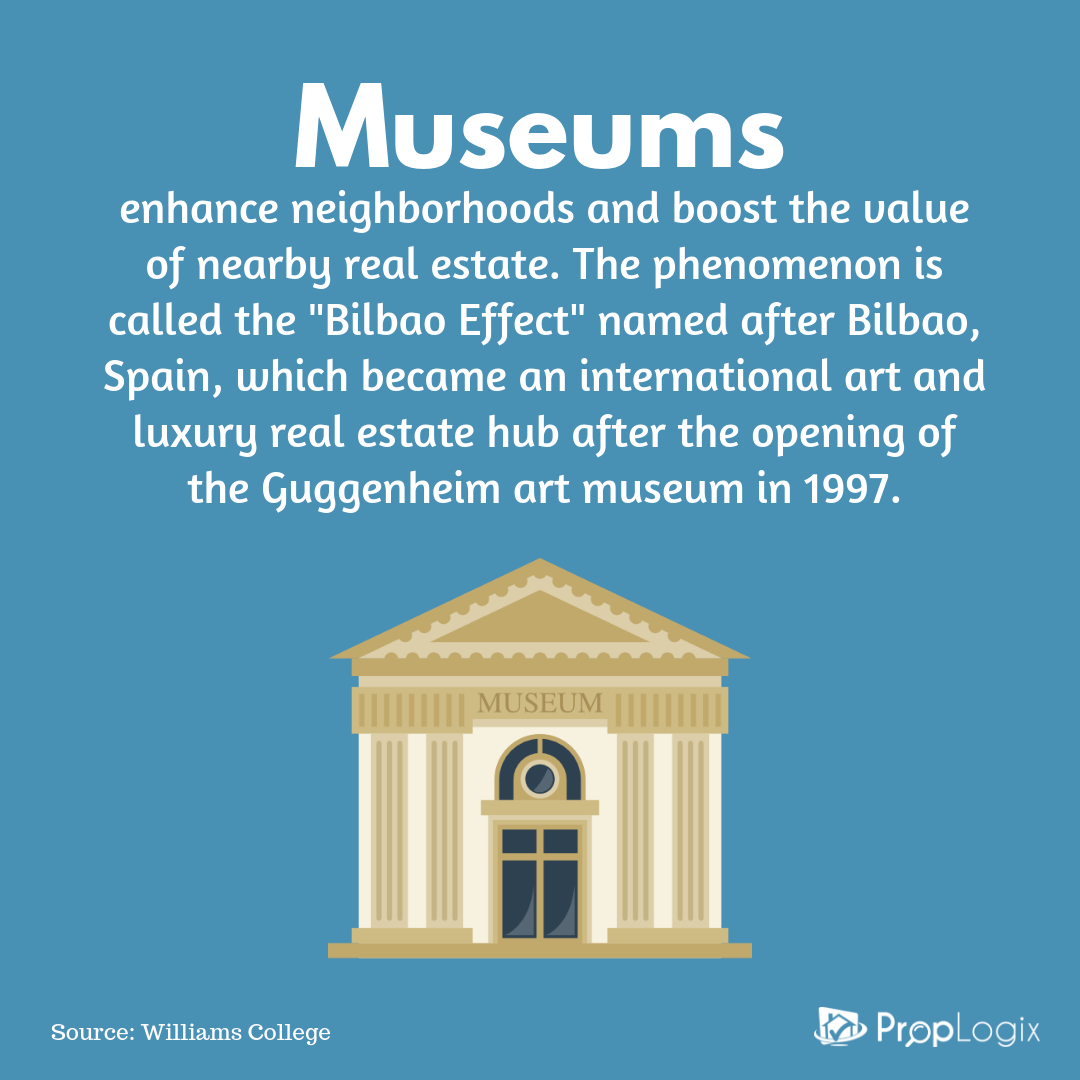 Museums enhance neighborhoods and boost the value of nearby real estate. The phenomenon is called the “Bilbao Effect” named after Bilbao, Spain, which became an international art and luxury real estate hub after the opening of the Guggenheim art museum in 1997.

What city has the most expensive listings? 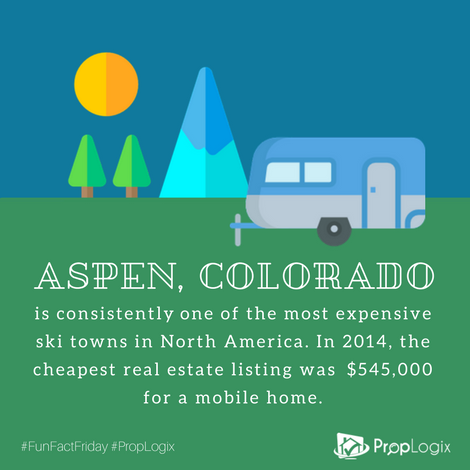 Aspen, Colorado is consistently one of the most expensive ski towns in North America. In 2014, the cheapest real estate listing was $545,000 for a mobile home. 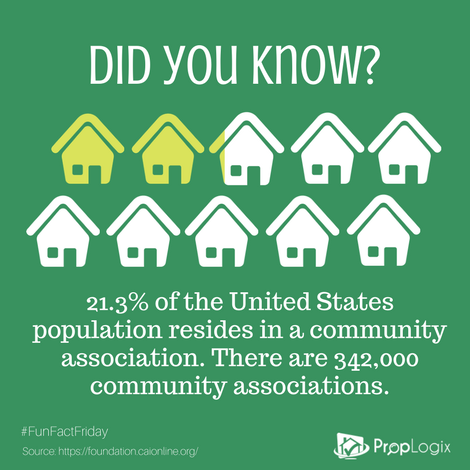 An unfortunate amount of homebuyers don’t know the history of title insurance and the impact a policy can have on their property rights. When educating your clients on why they absolutely need to protect their investments with this type of insurance, here are some factoids to impart. 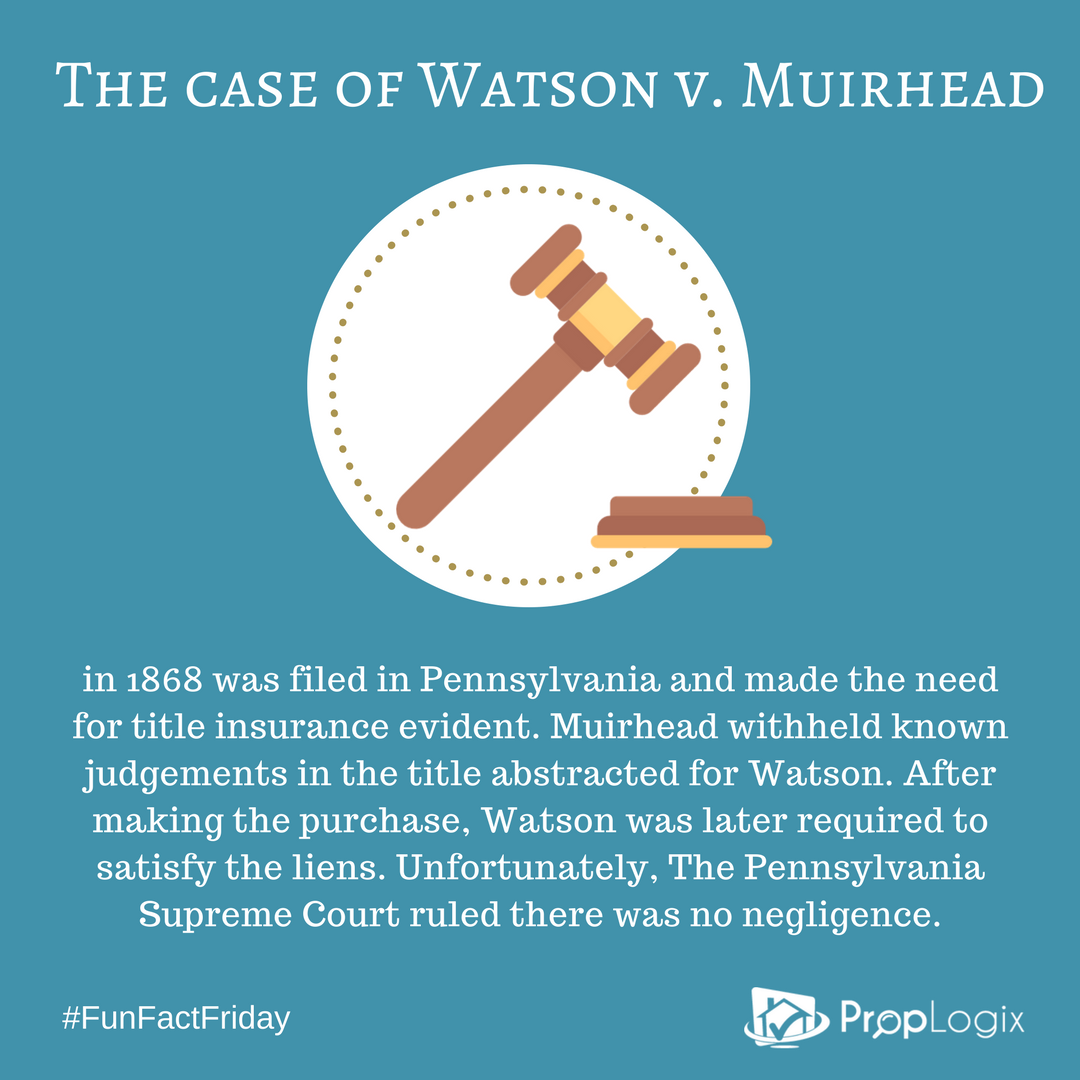 A pivotal case for the title insurance industry in 1868, Watson v. Muirhead demonstrated the need for title insurance. Muirhead withheld known judgments in the title abstracted for Watson. After making the purchase, Watson was later required to satisfy the liens. Unfortunately, the Pennsylvania Supreme Court ruled there was no negligence.

The first Recorder of Deeds 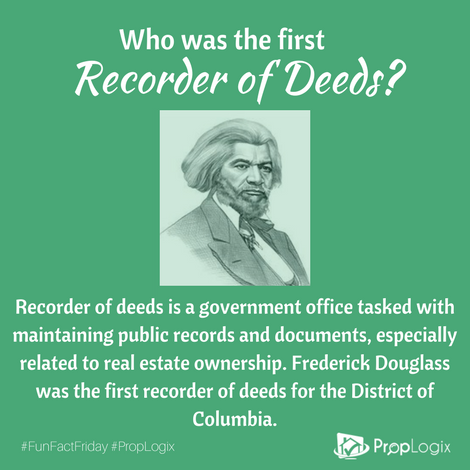 The recorder of deeds is a government office tasked with maintaining public records and documents, especially related to real estate ownership. Frederick Douglass was the first recorder of deeds for the District of Columbia.

Wonder why wire fraud is such a huge problem? 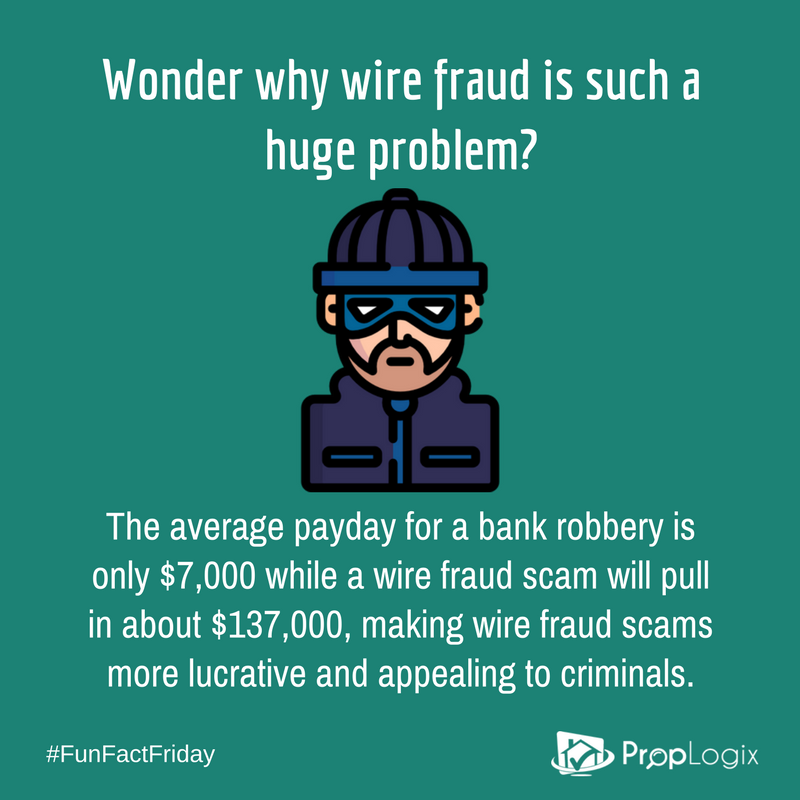 The average payday for a bank robbery is only $7,000 while a wire fraud scam will net about $137,000, making wire fraud more lucrative and appealing. The cybercriminals can dupe unsuspecting homebuyers out of their life’s savings while in their pajamas at home. 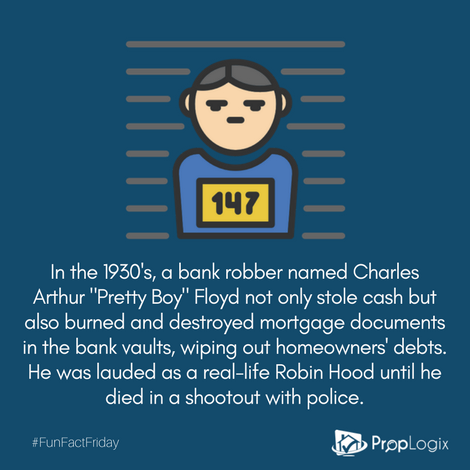 In the 1930s, a bank robber named Charles Arthur “Pretty Boy” Floyd not only stole cash but also burned and destroyed mortgage documents in the bank vaults, wiping out homeowners’ debts. He was lauded as a real-life Robin Hood until he died in a shootout with police. 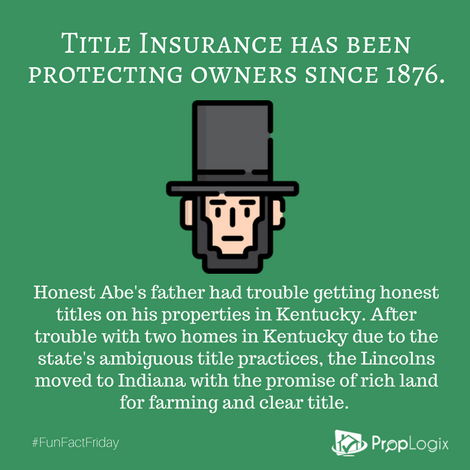 Title insurance has been protecting owners since 1876. Honest Abe’s father had trouble getting honest titles on his properties in Kentucky. After trouble with two homes in Kentucky due to the state’s ambiguous title practices, the Lincolns moved to Indiana with the promise of rich land for farming and clear title.

What does mortgage mean? 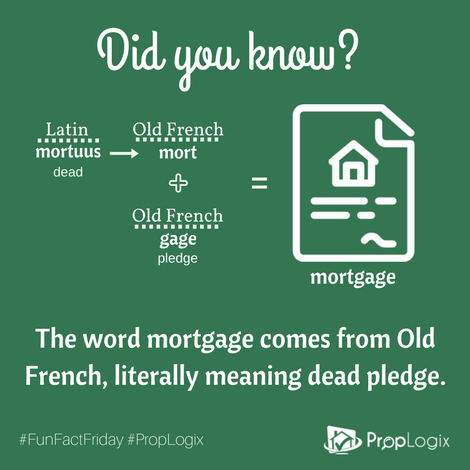 If you like these and want to see more, be sure to follow us on Instagram or Facebook! Got a fun fact you love sharing with your clients? Let us know in the comments!