Few economists are the target of guerrilla terrorist groups, but this Peruvian thinker proved to be a threat to The Shining Path in his home country. His advocacy for property rights as a pathway out of poverty to a stable and modern capitalist economy and democracy drew their ire. This year at Florida Land Title Association’s conference, Hernando de Soto will be the keynote speaker.

Learn more about his groundbreaking theories and his work to bring public and transparent land records to the entire world.

In his book, The Mystery of Capital, Hernando de Soto states “The institutions that give life to capital — that allow one to secure the interests of third parties with work and assets do not exist here.” The “here” he mentions is Cairo, Egypt. A land that is rich in culture, history, and resources, but like much of the world, lacks a mechanism to accurately record, securely hold, and easily transfer land title from one party to another.

The 17th-century British philosopher John Locke is perhaps most well-known for his assertions that governments are obliged to secure a citizen’s right to “life, liberty, and property.” For Americans, it’s a familiar refrain with a slight variation as we know because of Thomas Jefferson’s twist in the Declaration of Independence. In 1776, he removed the “property” part and replaced it with a much broader, nebulous, and now prominent American ideal of “the pursuit of happiness.”

The reason for this revision is often debated among historians but for economists like de Soto, publicly accessible and transparent property rights are a major key to a stable and modern economy.

De Soto argues that providing the world’s poor with titles for their land, homes, and unregistered businesses, would give them an estimated $9.3 trillion in assets.

Market economies aren’t just about freedom but also about good institutions. One such successful and positive institution in the United States has been our public land records system that establishes:

De Soto wrote in The Mystery of Capital that in the United States, the most important source of funds for new business is the mortgage on a small business owner’s house. In contrast, entrepreneurs in poor nations like Haiti lack secure property rights and have no ability to leverage their home as an asset to create more business opportunities.

In de Soto’s mind, the ability to find an asset, own it and easily transfer it is what makes a country great, and why those from developing nations want to immigrate to a country like the United States. 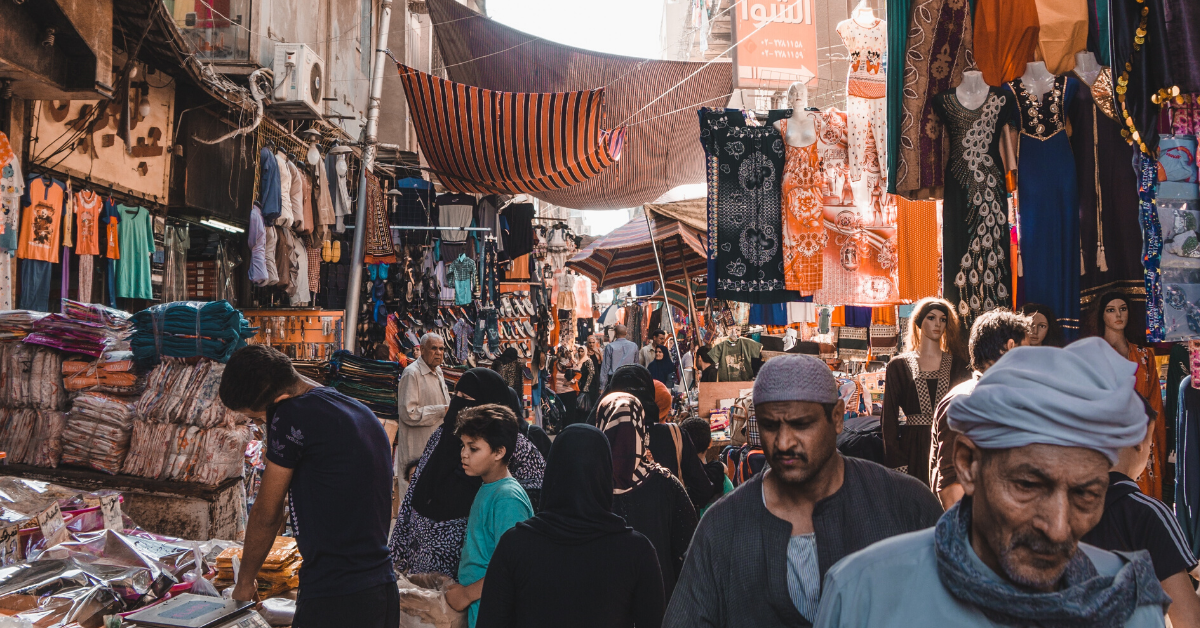 The Domino Effect of Property Rights on Business Growth

In conjunction with a lack of clear property rights, the lack of corporate law also hampers the endeavors and creativity of the business owners in places like Cairo. Only about 14% of businesses in Cairo are registered, which means that ways to protect businesses through limited liability and to grow businesses through credit, loans, and investments from outside financial institutions are limited.

When business owners can’t clearly prove their ownership of assets it results in three big problems:

Without limited liability, every move a company makes is like a “poker game where they have to put in all of their chips,” says de Soto in one interview with ReasonTV.

Without access to credit and investments, it also means that companies in the city have no ability to scale their operations, even if they provide a valuable service or produce a helpful product that consumers in other areas want.

In Cairo, the issue isn’t a lack of assets or wealth, it’s the inability to harness their power and leverage them to compete at a global scale. Here, and in other places in the developing world, businesses must rely on traditional methods of selling their goods in hidden and informal economies like the bazaars. Because assets are suppressed from being used in formal business activities, the people and any business innovation are frozen.

But de Soto doesn’t believe that all hope is lost for Cairo and others. In fact, it may be the technology of blockchain that propels the ledgers of the southern hemisphere far beyond the United States.

Solving the Title and Poverty Problem

Looking into the future, de Soto is hopeful that through the use of technology like blockchain and social media as a communication tool, those struggling in poor countries will be able to create a public and transparent ledger.

Hernando de Soto has partnered with Patrick Byrne, founder of Overstock.com, to develop a global property registry system to solve this problem in the developing world.

In Brazil, the domestic realty company giant Cyrela and the start-up Growth Tech carried out the country’s first sale via blockchain this year. The application used, Notary Ledgers, is supported by IBM Blockchain technology. In addition to deeds, it will allow individuals and businesses to issue other documents like birth certificates, death, and civil partnership certificates once the Brazilian government puts regulations into place.

Critics of de Soto agree that the poor should have better access to title deeds, but they say that it’s not the imperative starting point to dismantle worldwide poverty. Formal title mechanisms are important for financial expansion of those who already hold capital, but it does nothing to strengthen the rights of all people, especially those with very little.

Raquel Rolnik, a former United Nations Special Rapporteur on the Right to Housing explained to Reuters that “slum dwellers who received formal titles to their unregistered homes did not head straight for the bank in large numbers to take out loans against their properties to build new business.” She goes on to say, “A good housing policy is diversified and can mobilize tenure arrangement, not only private property.”

A study of the World Bank by Buckley and Kalarickal in 2006 in countries like Morocco, Ethiopia, and India reinforced those criticisms by concluding that while titling programs are relevant and needed in developing nations, it “does not seem the first crucial step for upgrading the quality of life of the inhabitants of those countries.”

In de Soto’s home country of Peru, formal laws recognize the autonomy and the rights of the country’s indigenous and rural communities, but land titling and resolving disputes is still problematic. Roughly half of the land has been titled. In spite of the titling process in Peru, nationwide rates of total and extreme poverty were 21.77% and 4.1% respectively according to the 2015 National Institute of Statistics and Informatics. The rate of poverty among rural and indigenous Peruvians is triple that of urban-dwelling Peruvians.

Clearly, there is a multitude of contributing factors to the world’s poverty, but whether or not you agree with de Soto’s ideas, he should be praised for pushing forward the discussion on title and property rights and his work to create a reliable, legal, public, and transparent land record system. Tips to Understanding the Legal Description Don’t Skip the Permit Search: Why a Full Municipal Lien Search is Important Hidden Liens in the Pre-Closing Period Tips for Purchasing a Vacation Property Designing an Exit Strategy for Your Title Business [Recap]