Would You Buy A Haunted House?

While the spectacle of haunted houses may draw crowds of people around this time of year for one night of fright, the average American is less thrilled about living in one. Yet, for those who currently believe their residences feature a supernatural roommate, a survey from Realtor.com showed that chilling paranormal activity wasn’t enough to pack up and list their home. 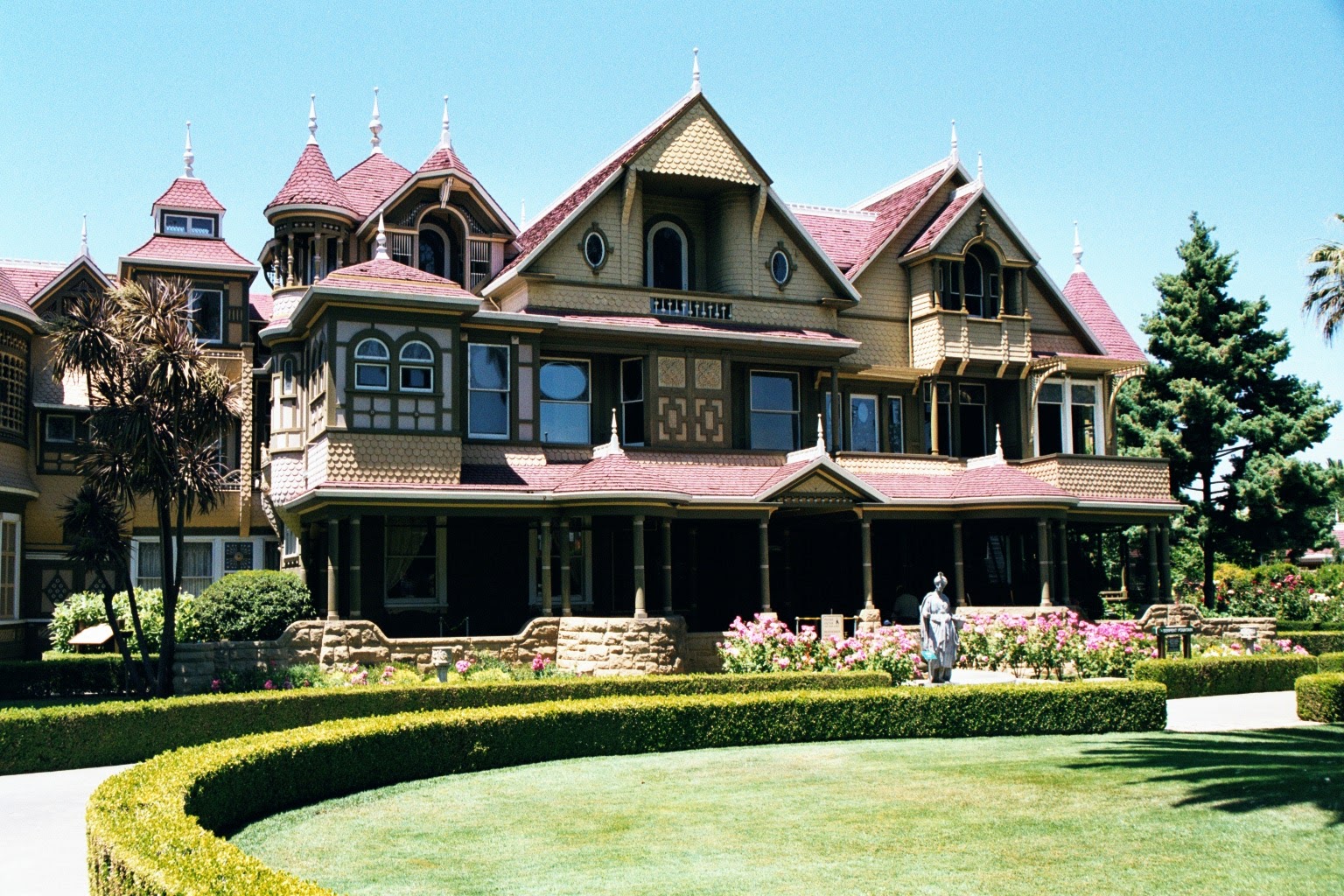 The Winchester Mystery House in San Jose, California. This is an image of a place or building that is listed on the National Register of Historic Places. Its reference number is 74000559. Photo: Ben Franske CC BY-SA 4.0

This Queen Anne Style Victorian mansion located in San Jose, California is expansive and architecturally confusing. Built in 1886, it now serves as a tourist attraction, bewitching visitors with its maze-like layout.

The wealthy Widow Winchester (of Winchester Repeating Arms Company) built this home after the death of her husband and daughter. A medium, supposedly channeling her late husband, suggested she leave her New Haven home and put down roots out west, where she should continuously build a home for herself and the souls of shooting victims of Winchester rifles.

When she purchased the property, it was an unfinished farmhouse. Some say the haphazard additions of doors and stairs that lead to nowhere and windows looking at other rooms is a result of having no master plan drawn up by an architect while others say these oddities were intentional to accommodate the spirits she believed resided with her. This disorienting layout may very well contribute to the home’s feeling of being haunted today.

The home was constructed on a floating foundation that is believed to have saved it from collapse during several earthquakes. It contains roughly 161 rooms, including 40 bedrooms, 2 ballrooms, 47 fireplaces, and over 10,000 panes of glass. The residence also features amenities rarely seen at the time of its construction like steam and forced-air heating, indoor toilets and plumbing, push-button gas lights, three elevators (one powered by a rare horizontal hydraulic piston) and Mrs. Winchester’s personal hot shower from indoor plumbing.

Tours of the home have been suspended due to the COVID-19 pandemic, but you can take a video or an immersive virtual 360 tour here.

The Josiah B. and Sara Moore House 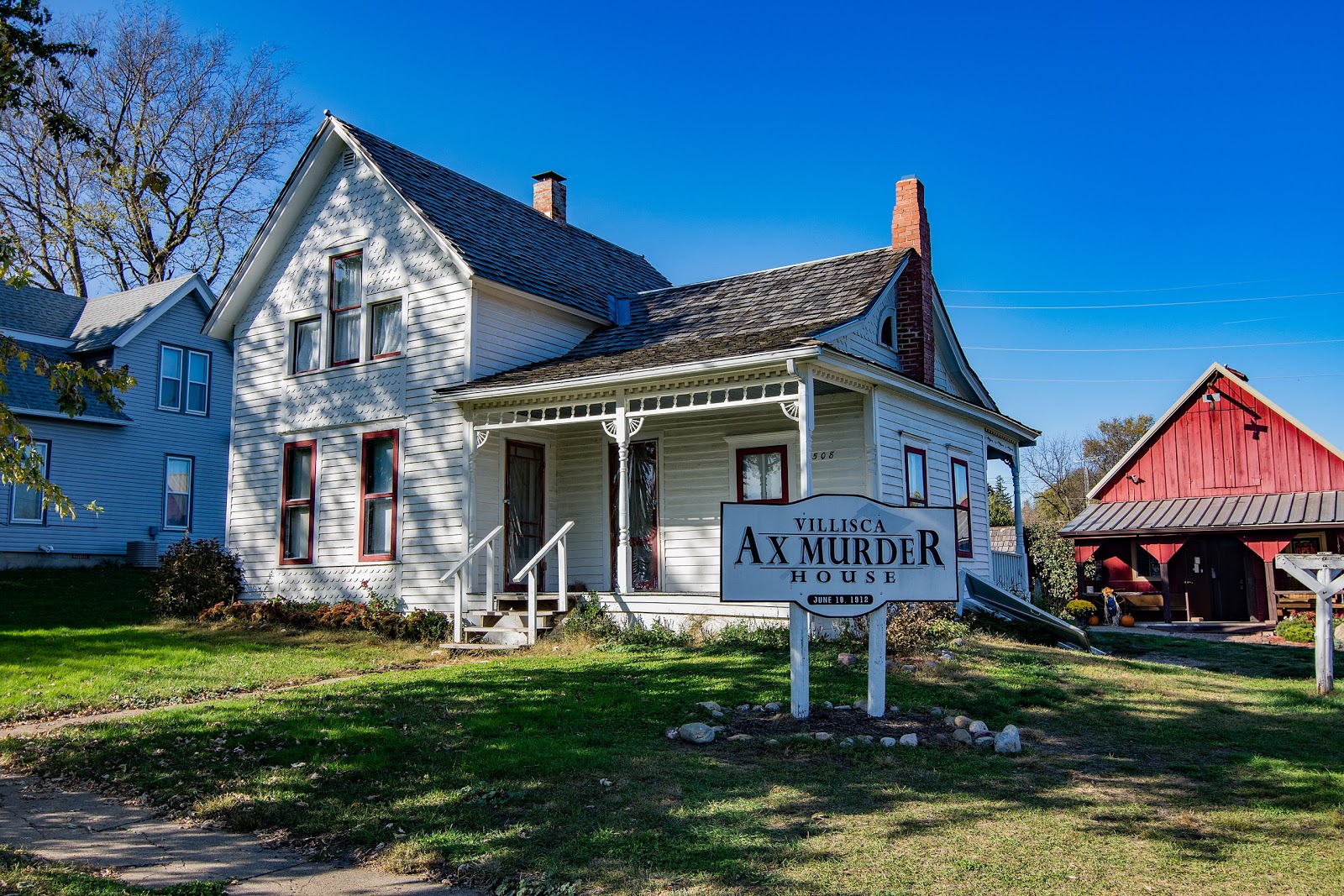 Josiah B. and Sara Moore House. This is an image of a place or building that is listed on the National Register of Historic Places. Its reference number is 97001471. Photo: Jason McLaren CCBY-SA 4.0

This modest Victorian home in Villisca, Iowa has a brutal past. On a summer night in 1912, the entire Moore family, Josiah, Sara, their four children, and two juvenile house guests were killed with the blunt end of an axe. Although investigations spanned over ten years after the murder, the case went cold and the killer or killers was never found. The gruesome crime made and broke political careers in the area and even knocked the sinking of the RMS Titanic, which occurred two months earlier, off of the front page of newspapers.

The home has had eight owners since the tragic murders. It was fully restored to its original condition at the time of the murders by its current owners in 1994. In 1997, the house was added to the National Register of Historic Places and received a reward from the Iowa Historic Preservation Alliance, the Preservation at its Best, that same year.

The house was featured on an episode of Ghost Adventures and has been the subject of multiple paranormal investigations, resulting in videos, photographs, and EVPs suggesting that the place is a hotbed of supernatural activity. 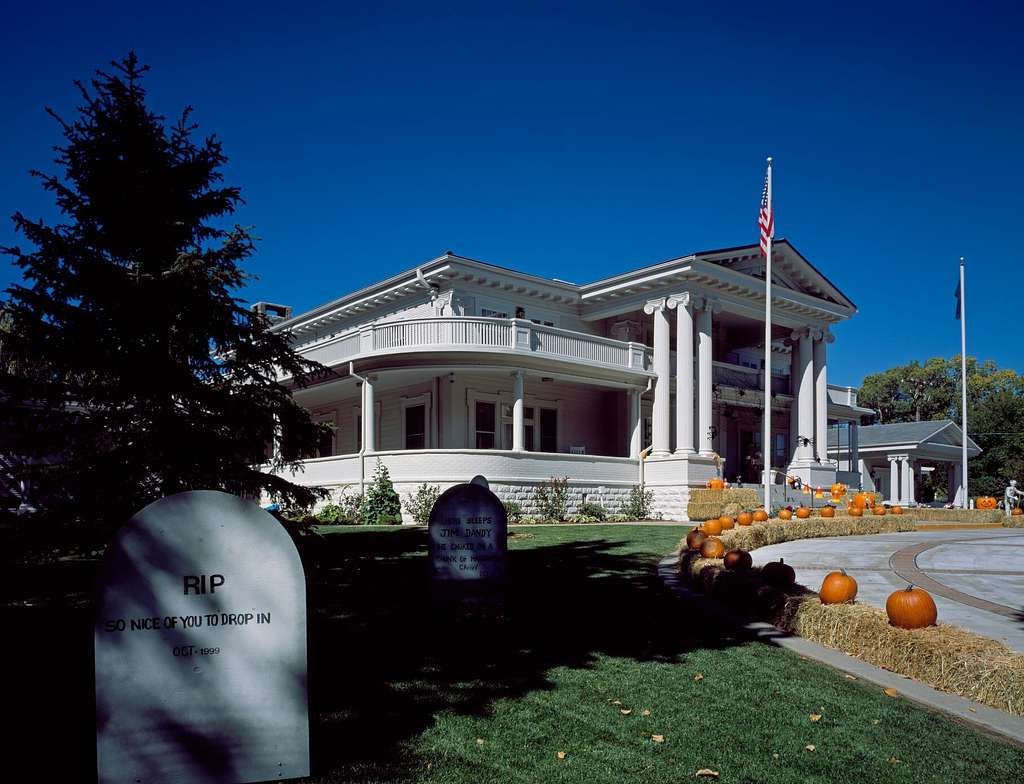 This elegant NeoClassical mansion has had a few ghost sightings and a few theories about why the dead walk the halls. Renowned Reno architect George A. Ferris designed the mansion that was completed in 1909. Governor Denver Dickerson and his family moved in and shortly after, his daughter, June, was born in the mansion, the only child to ever be born there.

Over the years, residents, visitors, and staff have claimed to see at least two entities haunting the mansion. Witnesses have claimed to see a woman wearing a long white dress followed by a young girl on the second floor where the first family’s private quarters and guest rooms are located.

One theory posits that they are two unknown spirits attached to a grandfather clock, a housewarming gift to the first governor who lived there. The clock is said to emit a cold breeze when standing in front of it.

The other theory claims that the two are the “First Lady” Una Dickerson and her daughter, June, who have decided to remain in their home, even during their after-life.

Another ghost seen less frequently but heard plodding up the staircase to the second floor is said to be a former male servant who enjoyed his job so much that he isn’t ready to leave the mansion. Others believe it to be one of the former governors.

In addition to the cold spot around the grandfather clock, doors in the parlor are known to open and shut by themselves, and sometimes a cold presence is felt passing by.

Survey shows some don’t mind sharing their space with specters

The survey of more than 2,000 Americans showed that 13% are convinced their home is haunted and the majority of them (54%) knew or suspected the house was haunted before moving in and 56% of them would not consider moving, but nearly two-thirds or 62% of all respondents said “hell no” to living with the dead.

So what makes a house haunted and who is more likely to bunk with the dearly departed?

54% of men and 70% of women said they were unlikely to live in a haunted house. Some of the things that make a place spooky included:

Strangely enough, the death or murder of a previous occupant didn’t make the list. Whether you’re buying or selling, real estate agents recommend being upfront about the sordid details of a home’s past. In some cases, it may be legally required to disclose a death or haunting. For some buyers, an infestation of spirits won’t deter them from the deal.